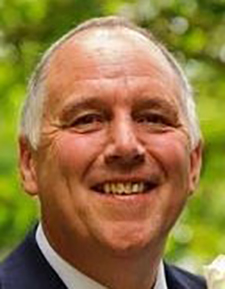 Andy has been volunteering for many years with many different organisations.

Since moving from Croydon to Caterham around 40 years ago, he has been a member of Caterham Round Table and became chairman for the London Surrey region in 1994.

He was appointed District Commissioner for Caterham Scouts in 1997 and since stepping down he has remained a leader.

He has been the chairman of the Caterham Festival since it started in 2008, been on the Caterham Carnival committee for 32 years, the Soper Hall board for 8 years and involved in many other local organisations as well.

He was awarded the M.B.E. in 2014 for services to the community of Caterham and received the medal from The Queen.